I'm getting increasingly upset about this. Thus I must vent.

Hillary Clinton has been a US senator and a US Secretary of State. It doesn't matter whether you like, support, or plan to vote for her.

If you're going to skip her first name in your article about her but use an honorific, then you need to refer to her as either Secretary Clinton or Sen. Clinton. The former is preferred because Secretary of State is one of the top positions in the free world.

Writing "Mrs. Clinton" because you are contrasting her to "Mr. Trump" is putting a silk cloth over a turd. He has no such honorifics, but that's not her fault. If she were male, she would have gotten her title(s).

Stop being a newspaper from 1962. Herr Trump has already threatened to prevent your paper from reporting on his rallies. Why equate him to a former senator? 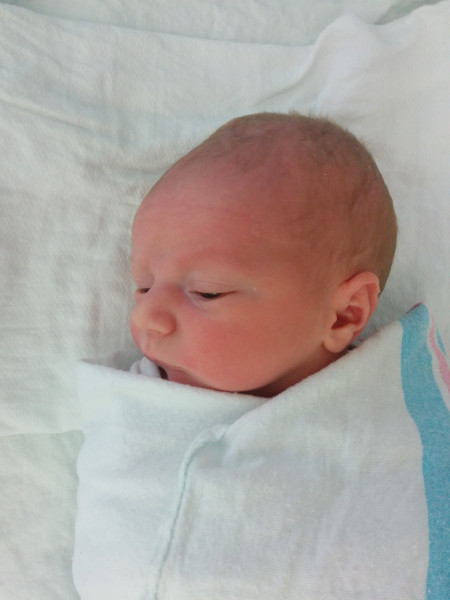 I have been emotional. I may just need even more sleep.

It was a robo-call, advertising some credit card.

It's coming from inside the phone!

A couple months ago, I dropped my old HTC Slide 4G about twenty feet. I loved that phone because it had a slide-out keyboard but was still a relatively modern (dual-core) 4G phone. It was old enough that I already qualified for a non-penalty replacement. I picked the Nexus 5, which is slightly too wide for most watch pockets (where I've been keeping my phone for a decade) but is otherwise a killer Android phone.

At first I was annoyed that I had to lose the physical keyboard for screen tapping. My texting speed dropped horribly, even with the return of predictive typing (which you don't need when you hit actual keys). It felt like a major step backward.

In the last couple days I've been using something on the phone that runs rings around typing: voice recognition. I assumed I would have to set it up to recognize my voice and all the other stuff I never bothered to do on my previous two smart phones. Instead, this is Google: I speak at dictation pace and it gets all the words right on the first try! All of the sudden, touching the phone is for babies.

Speaking of hands-free: While I was back east during the first week of May, I rented a pretty sweet car (the upgrade was $20 for the week and the fuel efficiency made up for that tiny change). It had a Bluetooth setup that blew my mind: you took a couple minutes to name the phone you were syncing and learn a few commands. After that I could press a button on the steering wheel, say "call, last dialed" and I was talking to my wife. The phone and the car were thick friends. It even potted down the radio when I had an incoming call.

One disadvantage that remains comes from the phone being purely in Google's hands instead of T-Mobile's. My previous phones had wifi calling built in: if I had a WiFi connection, I could call VoIP using my phone and it went through T-Mobile's network. Since I have unlimited US calling, this meant I could take and make calls as if I were back home -- no extra fees. This was a life-saver when I was in Europe or Canada.

I assumed all smart phones did this. It turns out T-Mobile's app for this is deeply tied to SIM card recognition -- so deeply that they don't bother upgrading their software for newer versions of Android. This also explains why I had many apps that could not upgrade on my old phones: if I had upgraded from the specialized version of Android on that phone, I would lose the feature.

This means my new, sweet, 4G LTE, pimptastic, make it rain, hard core, bytchyn, boy do I love it phone (which matches my Nexus 7 tablet -- no human retraining period required) will need me to set up a Google Voice line for a VoIP/wifi backup. Then again, that's a chance to pick a cool number.

That's really the only residual disadvantage. The Nexus 5 is like having the monolithic plinth in my pocket. I can sit on the train or in line at the supermarket reading books without carrying anything else with me. New version of Android? I get upgraded instantly. Things turn on and off quickly. As with any smart phone, the actual phone part is sluggish -- I told you to dial, so why has it been five to ten seconds and I still don't hear a ring?

One other cool thing is T-Mobile does provide its monitoring tools. Normally I use them to pay the phone bill from the phone and to remember to reboot once a week. However it can also tell me which features are draining the battery, which led me to learn how to disable AGPS location services with the same 1-2-3 ease of toggling Bluetooth or WiFi. I can suddenly go many more days without recharging.

-later I'll tell you about the competition I won, Ps/d

I've learned to come up with simple goals when it comes to organizing. This afternoon's is simple enough: I want to free up a box-width section (roughly one-third of a shelf length) on my big baker's rack in the office. I'm only a quarter of the way through the process, but I only expect to spend about two hours total on this.

I've written in the past about my Hour Per Box theory. The size of the box barely affects this, because the multitudes of small and unrelated things in a shoe box can require more decisions than a larger box of similar objects that need less processing. I'm going through a set of shoe boxes with varieties of ancient computer equipment, so I'm knee-deep in sorting.

Some the stuff is too old to debate. PCI Wifi B card? I don't care if it works. A bunch of AGP 16 MB VRAM video cards from 1999 and 2000, especially the one with the proprietary dongle slot for what should be DVI? Straight into the memory hole. Three power bricks for old iOpeners? Oh man, those have to go.

Then you get the oddities. My favorite right now is a powder blue, tiny camera on a keychain. It wants so hard to look like a camera that it even has a slide-up viewfinder (because it has no screen). It also had a battery in it that was good until 2009. I'll have to test it, just so I can laugh harder at the pinhole protected by a Lucite "lens" with fake filter threads and a tapered hole.

Beyond this are the sentimental objects. I found four dial-up modem cards. I will definitely toss three, because I long ago gave up hope of going back to 1993 and starting an ISP. However I may still want to use one as an outlet for a VoIP setup to a land phone. This also means deciding which of these four items has any merit. [Post-note: I sorted by the likelihood of finding a Linux driver for the chip on each.]

I've been listening to a radio station (KSWD, "The Sound") have an all-weekend commemoration to a long-gone station, KMET. Well, I was until the pager went off.

Today is the first anniversary of my wedding to

ceruleanbluegal. We had intense steak action, though at Ruth's Chris instead of our beloved Buggy Whip. We wanted to try something new.

We're very glad we got married. This is working out very well.

The Dodgers falling apart in the third inning of game six? That was rough. We had a friend over and we all realized we needed frozen yogurt to recover.

I should have smarter topics, but hey... it's Sunday night and I still have a little work to do. Bleh.

I was going to wait until I had a pic of a kitty crawling under it. However I just wanted to report on the useful thing I made since my last post: a book hutch for my main desk.

I'd been wanting to put the most actively used books on a shelf where I could reach them while I was working. It's one thing I've missed from my two years of working from home that was never a problem in a cubicle. (Things a home office has in its favor: Seat with sunlight? Check. Sweet, non-broken swivel chair? Check. Control of the temperature and air flow? Totally.)

I really wanted a book shelf behind my monitor. Thanks to the world of flat-panel screens, I have a huge amount of space between the monitor and the wall.

Ekby Amund white shelf, 59" x 11" x 1", with three Ekby Töre table top brackets. You drill six holes in the board, screw the brackets to the underside, then clamp it to the desk.

A couple days after I set it up and put a few books on it, I realized some other advantages:

My father used to have a few slide rules from his youth. His favorite and mine was his Keuffel & Esser 4081. It was in beautiful condition and I loved learning about mathematical relationships from it, even though I had a graphing calculator and solar-powered scientific calculators were down to $20 by the time I was a junior in high school.

He had a couple others, none of which was as smooth or elegant as the K&E. However the K&E had some kind of wood rot when last I looked at it a few years ago. I did not have the time to investigate, so I grabbed the Acu-Math 1311 and took it to the low humidity of Los Angeles.

Today I was looking for information about the meanings of the more obscure scale letters (the Log Log section, for example). I wound up with some old web pages. I'm talking mid-Nineties clutter with heavy table borders. The signal to noise ratio was horrible and the lack of blank space just... where do I put my mouse so it isn't clicking on something? Note that the owner claims to have updated yesterday, so perhaps there is a pack-rat quality that suits the owner (or perhaps it's something about the town in BC that gave us the Gentlemen of Horror). Did I mention the propensity for spinning icons for outdated software and explanations of commands for web browsing?

However that could not prepare for the blast from the past at the bottom of this page: web rings. I had forgotten all about the horrors of "add your site to our pre-Google list!"

By the way, I eventually found what I wanted.

"There's no need to be an asshole,
You're not in Brooklyn anymore."

My wife has been helping me realize granola bars are the digestive cookies of America. They look like a healthful food, but in reality they're oatmeal hardtack.

They also dunk well in coffee.